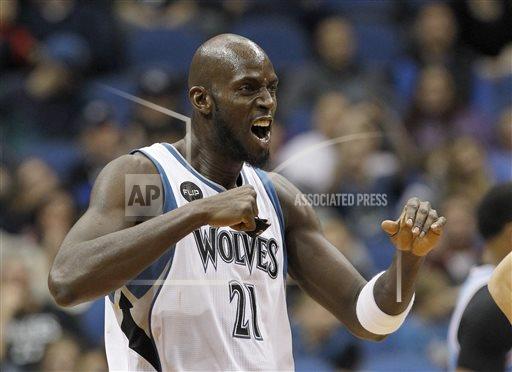 Minnesota Timberwolves owner Glen Taylor is exploring the possible sale of the team, it’s being reported.

Sports business news site Sportico reports that Taylor has retained The Raine Group to explore possible bidders for the franchise he bought for $88.5 million in 1994.

The billionaire businessman and chairman of Taylor Corporation also owns the Minnesota Lynx and the Star Tribune newspaper.

Sportico says that the potential sale isn’t related to the downturn caused by the COVID-19 pandemic.

It’s been reported for several years that Taylor was considering an exit from the Wolves, with the Star Tribune reporting in 2015 that he was actively looking to sell a minority stake in the team.

There has also been pressure from fans calling on him to sell up, given the Wolves historically poor performance – the Kevin Garnett years aside.

What’s more, The Athletic’s Shams Charania is reporting that Garnett and a group of investors is seriously considering a bid for the team.

In a separate post to social media, Garnett said it is his dream to own the team in the city he loves.

“My passion for the Minnesota Timberwolves to be a championship team is well known but I have a deeper affection for the city of Minneapolis,” wrote Garnett. “I once again want to see Minneapolis as the diverse and loving community that I know it is. No two people love the city more than myself and Glen Taylor and I look forward to trying to work with him to achieve my dream.”

The Athletic’s Shams Charania reported that Garnett and a group of investors seeking the bid, while Charania’s colleague Jon Krawczynski getting word from Taylor that he wants the buyer to purchase the Timberwolves and Lynx, and that “everybody’s been told it has to stay in Minnesota.”

“People have inquired who are interested, and very interested and have the money, but they want to move a team,” Taylor told The Athletic. “They are not a candidate. We’ve made that very clear. In those terms, nothing has changed. We got a good team here. We think we have a good future and we want to do anything we can to keep it that way.”

The Athletic says the asking price is thought to be around $1 billion.