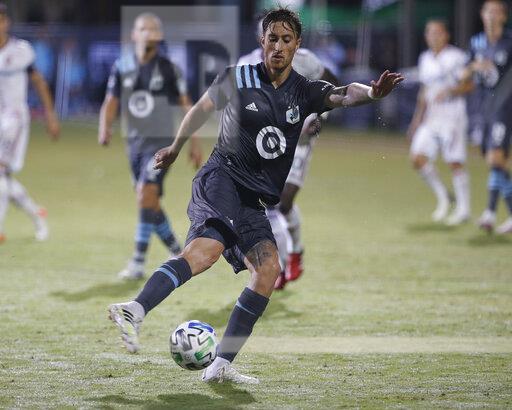 The Minnesota United was able to secure second place of Group D after a draw game against Colorado.

In the breakdown of the game, at 19 minutes, Diego Rubio made a turnover that allowed a wide-open counterattack from the Rapids. Kei Kamara, who then floats out a wide right and isolated on goalkeeper Tyler Miller and does not miss.

The Rapids starts on top with a score of 1-0.

At 36 minutes, Jan Gregus curls the ball around a two-man wall and Ethan Finlay ends up flicking the ball into the near post to level out the game with the score being 1-1.

At 43 minutes, Finlay with the brace as defender Romain Metanire cut the ball down the touchline and into the box, centering it to a waiting Finlay who converted the difficult chance to complete his brace and put the Loons on top 2-1

Ten minutes into the second-half that looked much the same, Colorado Head Coach Robin Fraser made the decision to bring in Jonathan Lewis and Nicolas Mezquida for Nicolas Benezet and Collen Warner, respectively, instantly changed the complexion of the game.

In the 59th minute, a Colorado free-kick was cleared to the edge of the box only for Lewis to round on it and drill the half volley into the net just inside the near post. Leveling the score to a draw of 2-2.

In the end, MNUFC would have to satisfy themselves with a draw and a point, giving them 11 points through the first five games of the regular season. The result also meant the team locked up the D2 spot in the Group Stage, sending them on to face Columbus Crew SC — the tournament’s hottest team — in the Round of 16.