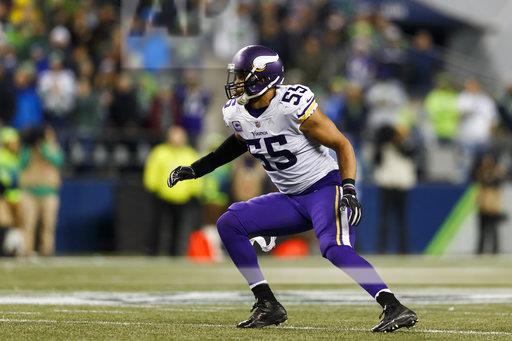 Anthony Barr has spent his entire career in Minnesota, and that won’t change in 2020, but this season will be unlike any other for him.

Barr has appeared in at least 12 games in each of his six NFL seasons, and has earned four Pro Bowl selections. He’s been a key piece in Minnesota’s linebacking corps since he was selected in the first round of the 2014 draft, and nearly departed for New York in 2019 before spurning the Jets to head back to Minneapolis.

Barr is coming off a down year in terms of Pro Football Focus’ individual player grades, recording his lowest mark since 2016. Nonetheless, his presence is very much important to a Vikings team that is looking to make a second straight playoff appearance in 2020.

The Vikings now have eight players on the COVID list, which is most in the league.

Barr joins defensive tackle Michael Pierce who opted out of the season.