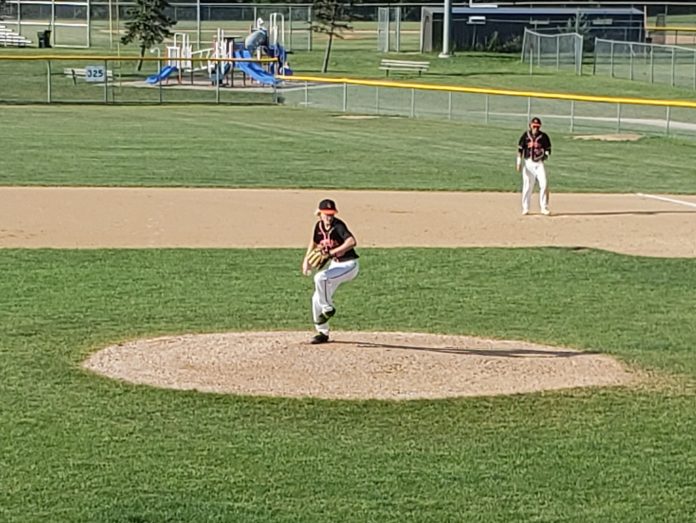 Morris 9, Granite Falls 7
GRANITE FALLS – Morris scored runs in five of seven at-bats and hung on to earn a 9-7 victory over Granite Falls in 18U baseball on Monday night.

Granite Falls put together a five-run third innings to take 5-2 lead, but Morris answered by scoring three times in the fourth, and a pair of two-run innings in the fifth and sixth.

Cade Fehr led Morris at the plate with two RBI’s and a run scored. Austin Berlinger, Zach Bruns, Gage Tomoson and Brady Backman each had an RBI, Bruns and Josh Rohloff each scored twice.

Morris batters showed patience at the plate, drawing 14 walks on the night as the improved to 3-5 on the season.

Ayden Friese was one of four Granite Falls pitchers used and took the loss. Caleb Jans went2-4 with three RBI’s and a run at the plate.

Morris jumped out front early by scoring five runs in the first, adding a run in each the third, fifth and seventh innings.

Decker had a big night at the plate going 3-4 with three RBI’s and two runs, Brett Hansen was 3-3 with a RBI and run scored, Hardy added an RBI and Rose scored two runs.