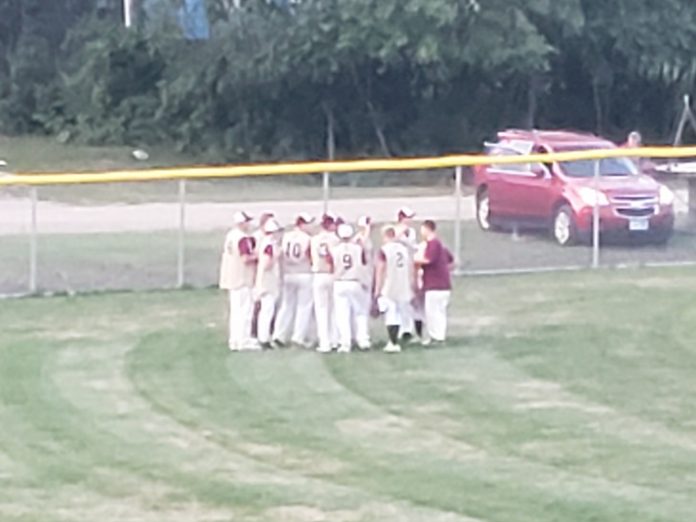 Hancock 8, Morris 6
HANCOCK – Hancock jumped out to a 8-0 lead early and held on late for an 8-6 victory over Morris on Tuesday night from Hancock.

Hancock plated four runs in the bottom of the first, Preston Rohloff’s RBI double in second made it 5-0, Luke Joos’ two-run single made it 8-0 after three innings.

Taylor Hanson was able to work out of multiple early game jams to earn the win. Twice Morris had the bases loaded with one out and came up empty, they stranded seven runners on-base through the first three innings.

Morris began to chip away in the later innings. Will Breuer’s two-run single highlighted a four-run fifth. Austin Berlinger and Brandon Jergenson each drove in a run in the sixth to pull Morris within two at 8-6.

Morris put the tying run on base in the seventh, but Crowell was able to escape the jam and Hancock improved to 2-3 on the season.

Joos finished 1-1 with three RBI’s, Dane Schroeder and Adam Shaw each had an RBI. Gideon Joos and Crowell each scored twice.

For Morris Cade Fehr started and gave up four runs over .2 of an inning. Gage Tomoson took the loss in relief, allowing four runs in 2.1 innings before Brady Backman quieted Hancock bats with 3.2 innings of hitless relief.

Breuer finished 3-4 at the plate with two RBI’s. Jergenson, Tomoson and Derek Giese each had two hits and an RBI as Morris falls to 3-6.