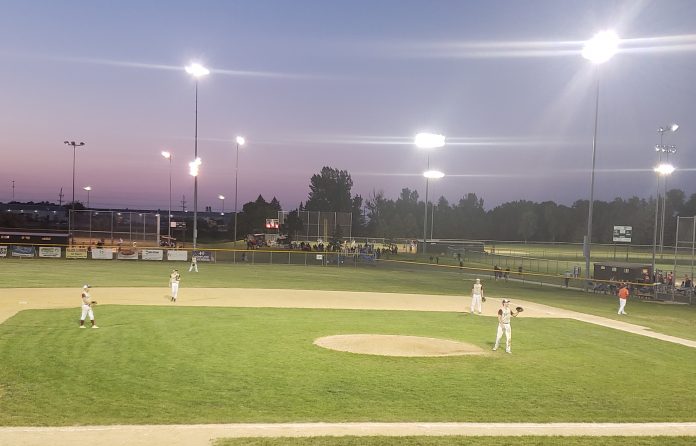 Hancock 5, Morris 3
MORRIS – Hancock rallied for four runs with two outs in the seventh to earn a 5-3 victory over Morris in the 18U season finale from Chizek Field in Morris on Thursday night.

Trailing 3-1 with two outs in the seventh, Colten Crowell’s RBI single landed just inside the left field foul line to pull Hancock within a run. Dane Schroeder scored the tying run on a wild pitch, Daniel Milander then delivered a go-ahead two-run single for Hancock’s first lead of the night at 5-3.

Morris took a 1-0 lead in the third when Austin Berlinger scored on a wild pitch. The game remained that way until Milander scored the tying run in the sixth when he stole third, then scored when the throw down ended up in left field.

Morris answered right back when Zach Bruns hit a one-out double, then scored on Cade Fehr’s RBI double. Fehr would score on an RBI hit from Brandon Jergenson for a 3-1 lead.

Bruns and Fehr each went 2-3 at the plate for Morris who ends the year at 3-7. Hancock went 3-3 on the season.