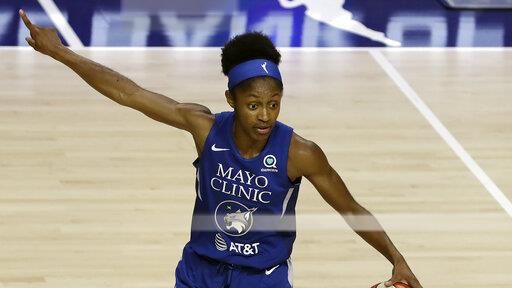 It”s the longest losing streak for Washington (3-5) since dropping seven straight in 2016.

Crystal Dangerfield added 12 points and Napheesa Collier had eight points and 12 rebounds for Minnesota (6-2), which held a team under 50 points for the first time since Aug. 27, 2013. It’s the 10th time in team history the Lynx have done that.

Dangerfield scored 10 points in the first half to help Minnesota build a 48-27 lead. The Lynx outrebounded the Mystics 20-8 in the half and attempted nine more field goals.