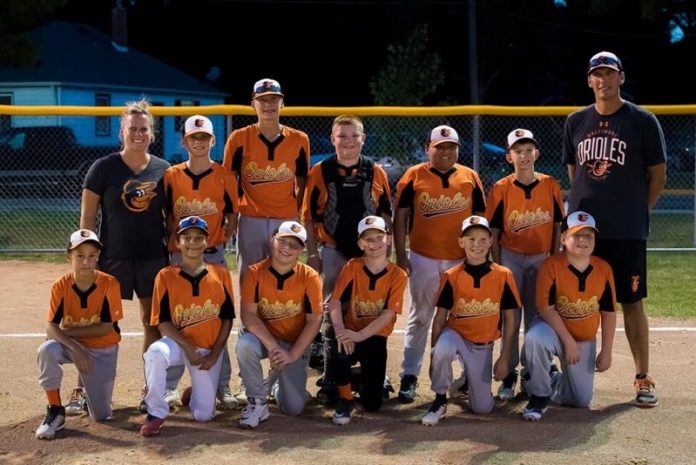 Orioles 2, Angels 0
MORRIS – Charlie Blume and Brendan Hughes each drove in runs and pitching took care of the rest as the Orioles edged the Angels 2-0 for the Little League championship on Thursday from Wells South.

Blume’s first inning double scored Alex Asmus to stake the Orioles to a 1-0 lead, Hughes then knocked in Oakley Gilsdorf in the second for a 2-0 lead.

Riley Asmus doubled and Gilsdorf went 1-1 with a walk and run scored.

Riley and Alex Asmus combined on the shutout for the Orioles, giving up just three hits on the night.

Brayden Carlson, Cooper Johnson, Ben Tiernan and Jack Kehoe each collected hits for the Angels as they take runner-up.

Jarrod and Heidi Asmus coached the Orioles. The Angels were coached by Chris Saito, Matt Johnson, and Matt Carlson.