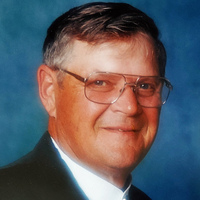 A family graveside ceremony for Bob Christeson will be Friday, August 21, at 1:00 p.m. in the Graceville Consolidated Cemetery in Graceville, MN.

Military honors will be provided by the Jesse S. Poole American Legion Post 297 of Graceville.

Bob was born on March 31, 1943, to Elmer and Catherine (Wettstein) Christeson in Graceville. Bob graduated from Graceville High School in 1961. On November 2, 1961, he entered the U.S. Air Force and was stationed at Davis-Monthan Air Force base in Tucson, AZ, where he maintained underground Titan II Missiles. While in the hospital for a toe infection, he met JoEllyn Johnson whose sister was visiting another serviceman. After traveling to Minnesota, Jo was surprised to be informed by Bob’s mother that “His name is Robert!” Jo had known him as “Chris.” He was honorably discharged on November 1, 1965.

Bob returned to farming with his dad and eventually his brothers north of Graceville, MN. Bob and JoEllyn married on August 6th, 1966, in Collis, MN. They were blessed with three children, Dennis Dale, Craig John, and Lisa Ann. Bob continued to farm the same soil for more than 50 years, until he was forced to stop because he needed treatment for lung cancer. In the year and a half that he was cancer free, he enjoyed seeing those same fields while driving Jo around in the golf cart.

Hobbies were reading and playing cards and board games with his grandchildren.  He also enjoyed watching the Minnesota Twins, and of course, the daily trip into town for coffee with friends.

Bob was preceded in death by his father: Elmer Christeson; and sisters: Judy (Dale) Ogdahl and Helen Hill.

The Eggers Funeral Home in Rosholt, SD, is in charge of the arrangements.