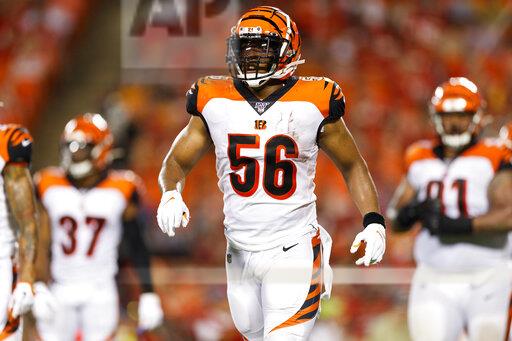 EAGAN – Hardy Nickerson (6-0, 235) joins Minnesota following three seasons with the Cincinnati Bengals where he tallied 81 tackles (55 solo) and a forced fumble through 37 games with nine starts.

A native of Oakland, California, Nickerson signed with Cincinnati as an undrafted free agent in 2017 after a postgraduate season at Illinois that saw him notch 107 tackles and career highs in tackles for loss (5.5) and interceptions (two). He began his college career at California and recorded 133 tackles in his first two seasons with the team.