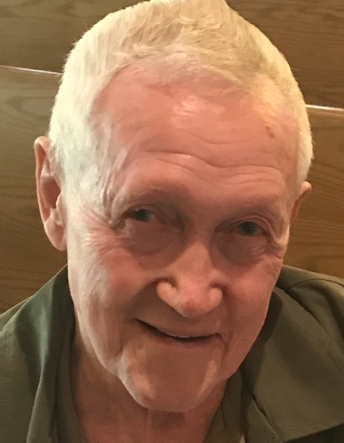 Harvey was born August 6, 1927 to Hjalmar and Gladys (Pikop) Huseth in Elbow Lake, MN. Harvey grew up on a farm south of Elbow Lake and graduated from Elbow Lake High School in 1945.  He then enlisted in the United States Coast Guard and was assigned to guard duty at Ellis Island. He also played the trombone in the Coast guard band. Toward the end of the war he was sent to Yeomans school, and learned clerical work before being assigned to Washington State to start processing discharge papers for soldiers. Upon completing his own discharge papers at the end of WWII, he entered North Dakota school of business.

Harvey married Marcia Crow on August 30, 1952, and they were blessed with five daughters. Harlene, Jody, Sandy, Lori, and Linda.

Throughout his life Harvey farmed, was in the insurance business and was employed by the Wendell Bank. He also had the chance to serve his community as a County Commissioner. His dream job was that of a carpenter employed by Architectural Wood Products, which lead him to create many works of art, including cabinetry, windows, and doors for beautiful homes in Naples, FL, on the Gulf Coast. His latest hurrah was being honored during the local Flekkefest celebration as a WWII Veteran in which he was very proud of.