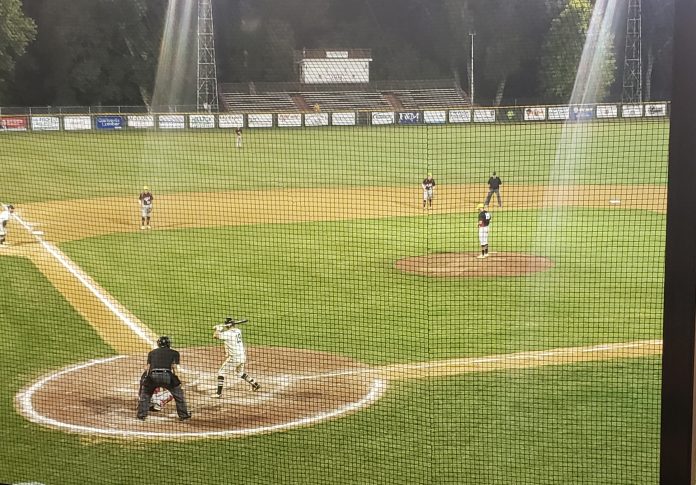 Cold Spring 12, Starbuck 1
SPRINGFIELD – Cold Spring broke a scoreless in the sixth inning and continued to pull away from Starbuck for a 12-1 victory at the Class C State Tournament on Saturday night from Riverside Park in Springfield.

It was two totally different games rolled into one, with starting pitchers Ryan Hennen and Austin VerSteeg dueling through five scoreless innings.

Things began to fall apart for the Stars in the sixth, with VerSteeg hitting the Rockies leadoff batter, walked the next and a wild pitch allowed them to move up, putting runners at second and third with no outs. That’s when David Jonas broke the tie with a two-run double. Jonas would score on a wild-pitch and by the end of the inning Cold Spring led 3-0.

The Rockies busted the game wide open by plating five unearned runs off Colin Richards in the seventh. Austin Dufner’s bases-clearing double in the eighth was the final nail in the coffin for Starbuck.

Jackson Hendrickson was 2-3 with an RBI, Mike Kragenbring went 2-3 with a run for the Stars who season ends with a 13-11 record.

Hennen earned the win for the Rockies, giving up an unearned run on six hits with 13 strikeouts.

Dufner finished a triple shy of the cycle, going 3-5 with four RBI’s. Jonas and Nick Skluzacek each drove in two runs, Jonas scored three and Tyler Geislinger homered for the Rockies.