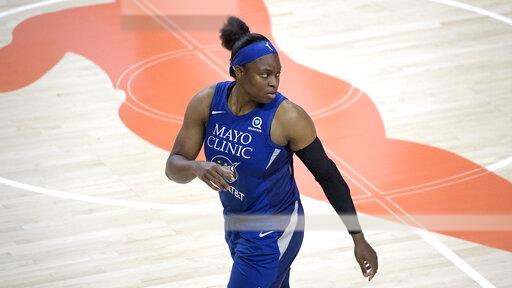 BRADENTON, Fla. — Betnijah Laney had 16 points, 10 assists and eight rebounds to help the Atlanta Dream end a 10-game losing streak with a 78-75 win over the Minnesota Lynx on Sunday.

The Lynx went scoreless for three-plus minutes as Atlanta scored 10 consecutive points, including back-to-back 3-pointers by Shekinna Stricklen and Dietrick, to make it 71-65 midway through the fourth quarter and the Dream led the rest of the way.