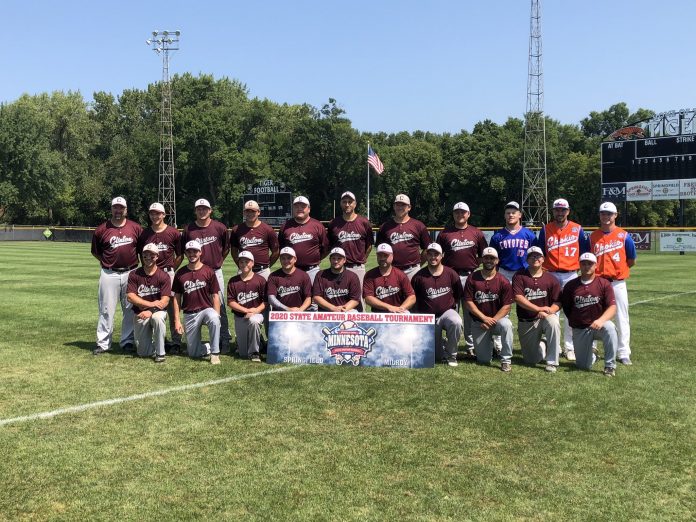 Carver 14, Clinton 2 (7 Inn)
SPRINGFIELD – The Clinton Cards season came to an end on Sunday with a 14-2 loss to Carver at the Class C State Tournament from Riverside Park in Springfield.

The Black Sox collected 17 hits and jumped on the Cards early with Cole Kirchoff’s two-run single in the first.

Kyle Dalton led off the third with a triple for the Sox, Jay Bresnahan followed with an RBI double, and Carver capped a five-run inning with a two-run single from Adam Friedricks making it 7-0.

Clinton answered in bottom half with back-to-back singles from Sam and Zak Adelman. Each would score on Lukas Adelman’s double to pull the Cards within five.

But Clinton couldn’t hold down the red hot Carver lineup, as they added two in the fourth, three in the fifth and two more in the seventh on Dan Gatuch’s two-run homer.

Sam Adelman went 2-3 with a run, Lukas Adelman, Zak Adelman and Keane Turner each had a hit at the plate.

Andrew Weber picked up the win for the Sox, giving up two runs on five hits with eight strikeouts.

Gatuch drove in three runs and scored twice, Dalton finished 3-4 and a home run shy of the cycle, an RBI and two runs scored. Bresnahan was 4-5 with two RBI’s and four runs scored.

The Cards season ends with a record of 12-6.