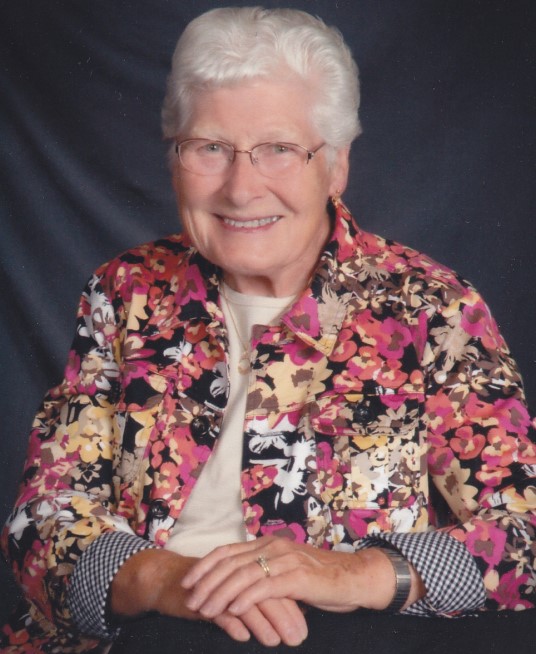 Funeral services for Darlene Hagestuen of Starbuck, MN will be a private family service.

Burial will be at Fron Cemetery, rural Starbuck, at a later date.

There will be a live stream of Darlene’s service starting at 11:00 a.m. on Friday, August 28, 2020 at the Starbuck Community Center in Starbuck, as well as a link at the bottom of Darlene’s page at Starbuck Funeral Home website.

While maintaining social distancing guidelines, we are now able to accommodate gatherings of up to 250 people. The use of face masks by attendees is required, and we will continue taking the necessary steps to keep Starbuck Funeral Home clean. For those who prefer or require continued precautions, webcasting and/or livestreaming is available in most situations.

Darlene Johanna Louise Pochardt, was born March 28, 1934, in Eldorado Township at home, to Bert and Louise (Riemann) Pochardt.  She was baptized May 6, 1934, by Reverend Wehausen near Johnson, MN, and confirmed at St. John’s Lutheran Church in Hancock, MN.  She attended District 53 country school and graduated from Starbuck High School in 1952.  She was united in marriage to Allan Hagestuen on October 18, 1952 at St. John’s Lutheran Church in Hancock.  The couple made their home on a farm near Starbuck and bought a farm in 1960, also near Starbuck.  They were blessed with seven children: Sandra, Gloria, Dale, Karen, Janet, Elaine, and Donna, whom they raised on their farm.

In 1966, Darlene went to Nurse’s Aide Training in Alexandria. After new baby Donna came along, she started working at Minnewaska District Hospital as a nurse’s aide for many years and then transitioned to Minnewaska Lutheran Home in 1985 until her retirement in 2012. She enjoyed working with people and caring for them.  In 1973, Darlene and Allan built a new house on the farm.  In 1983, due to Allan’s health, they moved to a home in Starbuck. Allan passed away April 21, 2003, one day after Easter.  They enjoyed 50 years of marriage together.  Darlene continued to live at their home in Starbuck until the time of her death.

Darlene was a member of the Friendly Garden Club, Women of Fron Lutheran Church, Ladie’s Aide, Quilting Club as well as many other church activities. She enjoyed gardening, quilting, Bible study, playing cards (Whist and Rummy), baking (especially Lefse and Krumkake), 4-H and, of course, raising her seven children! She was strong in her faith, treasured her time spent with family and friends, her involvement in the community and traveling to new places. Her amazing smile, personality, generosity, and thoughtfulness will be dearly missed.