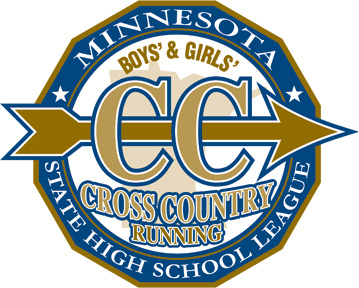 Friday Night Lights Meet in Perham
PERHAM – The West Central Area Knights opened their season at the Friday Night Lights Meet in Perham in honor of former Perham Competitor Gabe Grunewald, who ran for the Minnesota Gophers and tried to qualify for the Olympics while battling cancer. She was an amazing athlete and loved getting to the starting line and competing. We tried to go into that meet with her mentality, just enjoy the opportunity to compete and learn.

There were some really good teams there with Perham and Pequot Lakes. Perham is ranked number #1 in the state for the girls and #2 for the boys. Peqout Lakes was ranked #5 for the girls.

Our girls ran well, not beating either team, we had two new members in Halle Foslien and Liz Rustad running varsity in their first meet. Both, usual volleyball players for the Knights in the fall, came out for cross country due their season being postponed.

All meets this season are limited to three teams and a maximum of 25 runners per race. Halle finished in 15th and Liz in 16th, but we expect that will improve with experience. Lexi Bright ran with a couple state ranked runners, finishing in 2nd and Taylor Bennet also ran well, finishing in 5th overall. Terina Blascyk was our third runner in 14th. We never have to question Terina’s effort as she is willing to give it her all in competitions.

Other finishers for the Knights were Alexa Blume (19th), Sydney Ulrich (21st) and Chloe Larue (22nd). Chloe has missed the previous two seasons due to injury so it was great to have her in uniform again for us.

The boy’s race featured #1 ranked team in the state (WCA Knights) vs the #2 ranked Perham Yellowjackets and Pequot Lakes, the Knights did not disappoint, beating both teams with a score of 32, compared to Perham’s 40 and Pequot Lake’s 49.

It was a big meet for our first one of the season, the Yellowjackets will for sure get better but we love competing against the best program in the state year after year.

Kyle Schill had a great start, running with the leaders and eventually finishing in 3rd. Our success in recent seasons has been because of our ability to pack run. Kade Runge, Alex Salwasser, Shad Swanson and Reubens Swanson hung in there together, finishing in 4th, 7th, 8th and 10th.

Shad has looked good early season and will be heavily counted on to help us reach our team goals. Reubens had a great race, finishing the last 200 meters by sprinting, tracking down and passing opponents which sealed the victory for us. Peyton Hanson, new to the varsity scene ran solid, finishing in 15th, followed by Dane Anderson in 18th and Roman Mihailovski in 19th.

Our goals for all our teams right now is to improve from week to week, hoping that there will an opportunity at the end of the season to advance.

Our Junior varsity boys won their race by being able to run as a pack. New team member Neko Morn led us, finishing in 5th, followed by Isaac Kreft (6th), Eli Bergman (7th), Tyler Biss (8th), Jack Courrier (9th) and Anthony Sykora (11th). We had 6 runners in the top 11 spots for these guys.