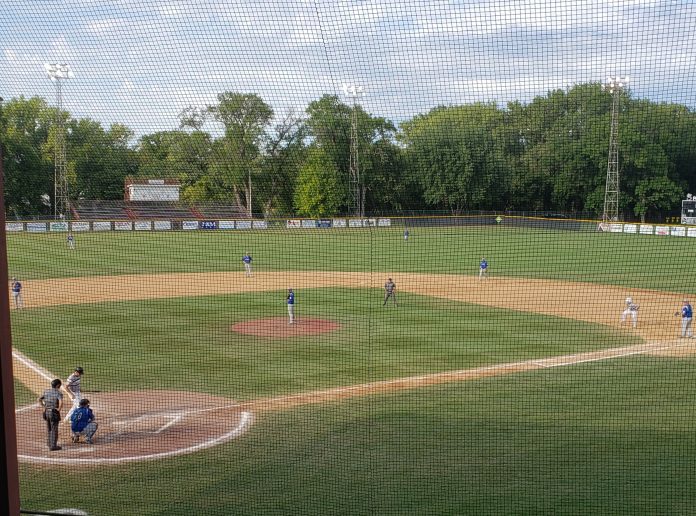 Buffalo 8, Morris 2
SPRINGFIELD – The Morris Eagles had a shaky start to their Class C state tournament game and never recovered in an 8-2 loss to Buffalo, ending the Eagles season on Sunday from Riverside Park in Springfield.

Morris committed three errors in the first inning and opened the door for the Bulldogs to take a 2-0 lead early. Ethan Soeffker’s RBI double in the second made it 3-0, Brett Renshaw’s two-run blast in the third pushed the lead to 5-0.

Morris had no problem getting runners on base, but the big hit eluded them for most the night. It was 7-0 before Brady Jergenson got the Eagles on the board with an RBI double to score Tanner Picht.

Buffalo got the run back right away in the seventh on a solo home run from Jake Duske.

Kirby Marquart’s RBI double in the ninth to score Cade Fehr made it 8-2, but it was too little too late for the Eagles.

Marquart finished 2-3 with a RBI double, walk, and hit-by-pitch. Brady Jergenson was 2-3 with an RBI double. Picht was 2-5 with a double and run scored, Noah Grove went 2-4.

Duske was 4-5 with a home run and two RBI’s, Renshaw drove in three, and Soeffker was 2-5 with an RBI double.