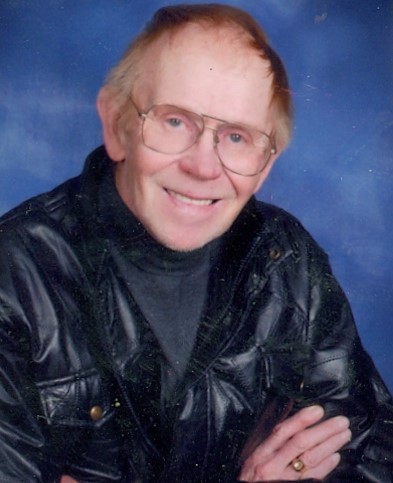 Visitation for Derry D. Peterson will be held Friday, September 25, 2020, from 5:00 p.m. until 7:00 p.m. at the Bainbridge Funeral Home in Wheaton, MN. For visitation the public is encouraged to wear their favorite Minnesota Vikings, Gophers, Twins, or NDSU apparel.

Funeral Services for Derry D. Peterson will be at 11:00 a.m. on Saturday, September 26, 2020, at Good Shepherd Lutheran Church in Wheaton, MN, with Rev. Cheryl Berg officiating.

While maintaining social distancing guidelines, we are now able to gather for visitations and services. The use of face masks by attendees is required. For those who prefer or require continued precautions, webcasting is available.

Derry was born on September 18, 1941, in Grafton, ND, to Clarence and Florence (Egnes) Peterson.  He was born and raised in Edinburg, ND.  Derry was baptized and confirmed at Trinity Lutheran Church in Edinburg.  He grew up helping his parents with their General Merchandise Store in Edinburg.  He was often sent to a small room to count the beans, in order to keep him busy!  Derry attended Edinburg Public Schools from Kindergarten until graduation.  He participated in everything Edinburg had to offer.  He played the baritone, helped with the yearbook, played every sport he could and scored over 1400 points in basketball.  His summer job was picking potatoes for a quarter a day!

Derry attended Concordia College in Moorhead, MN.  He graduated in 1963 with a double major in Business and Physical Education.  He played basketball for the Cobbers and loved every minute of it.  He proudly wore his Concordia Ring until his death.  In 1965 Derry was voted the MVP for The North Dakota Amateur Basketball Association.  He did his graduation work at Bemidji College where he earned his Vocational Education Administration degree. Derry served in The North Dakota National Guard from 1963-1969.  He enjoyed playing his baritone in the Marching Band.

Derry married Jane Eckert in Glenwood, MN on July 1, 1967.  Janie passed away from leukemia three months later at the age of twenty-one.  Although he was only married a short time to Janie, he honored her memory for the rest of his life.

Derry was a teacher and coach all of his adult life.  He especially enjoyed teaching Accounting and Personal Law.  His law binder that every senior high student compiled consisted of hundreds of hours of work and articles that he collected each year.  He did not use a textbook for his law class, only real life scenarios.  Derry would often receive phone calls in the middle of the night from parents asking his advice for their children if they had a run in with the law!  Even after retirement, he could not stop clipping articles that he thought would have been relevant to his law class.  His favorite time of year was when his law class students did a mock trial of Big Al.

Derry taught in Kloten, ND, from 1964-1966.  He then moved to Hancock, MN where he taught from 1966-1974.  He was proud to be an Owl and helped the sports program there immensely.  In addition to teaching and coaching, he served as Athletic Director there for seven years.  During this time, he was set up on a date by one of his great friends Neil and his wife, Sharon.  That date was with Melanie Lundberg, a Home Economics teacher in Wheaton.  Derry and Melanie married on June 3, 1972 in Valley City, ND.  It wasn’t long before Derry then moved on to teaching in Wheaton, MN.  He taught there from 1974-2000.  He truly enjoyed teaching in Wheaton, where amongst other things, he taught thousands of students to type.  He and Melanie had connecting rooms in the Blue Wing at Wheaton High School.  Derry enjoyed being the official judge for Melanie’s Home Economic students when they had pie contests.  But to be honest, Derry would often peek in Melanie’s room when he smelled something cooking!  Derry retired from teaching at WHS in the Spring of 2000.

Derry LOVED coaching!  Throughout his teaching career, he coached all types of sports.  He was varsity coach for football, basketball, softball and baseball through the years, as well as JV or an assistant coach for those sports when he wasn’t the head coach.  The most enjoyment he had in coaching was teaching the fundamentals to kids in grades 7-10, especially eighth grade football.  He lived for sports.  He would often be found in the yard with his girls teaching his hook shot or playing catch.  Derry never complained (but Melanie did) when one of his kids broke windows with a softball or a basketball.  He would always win HORSE or PIG due to his expertise of the hook shot!

Derry and Melanie loved their life together.  In addition to teaching together, they loved to travel.  They visited forty-two states during their marriage!  In 2004 Melanie developed a disease called PSP.  He took care of her for the next four years until her death on November 11, 2008.  They were blessed with two daughters during their marriage.  Staci Joy was born on November 6, 1975 and Stephanie Dee was born on March 13, 1979.  Derry loved those two girls with all of his heart, even during their teenage years.  Derry was given four granddaughters which were such a joy to him.  Abby, Ella, Anna and Emerson could not have been more loved by a Grandfather.  He loved the chaos and noise of those kids and he often fed them sweets to amplify that!

Derry was a member of Good Shepherd Lutheran Church in Wheaton until his passing.  He was a member of the American Legion, Masonic Lodge, The Shriners and numerous Educational and Coaching Associations.  He had many hobbies.  He loved to read.  He could not start his day without his daily papers.  He enjoyed playing sports (Big Red was his moniker) until his knees went from bad to worse.  He collected baseball cards, comic books, magazines, records and newspapers!  He enjoyed music and would often play the piano and keyboard when no one was around.  He loved Elvis, Westerns on Netflix, Billy Graham, the vast information on the internet and he especially enjoyed Facebook.  He loved catching up with former students on FB and especially posting things that would get a rise out of people.  He would sit back and let the arguing commence.  That brought him hours of entertainment, especially during election years.  After Melanie’s death, Derry did enjoy traveling with his girls to see family and friends.  Derry took pleasure in taping the weddings of hundreds of former students and friends over the years.  He also was known for his shorthand.  Before technology advanced, Derry used this ability by working on the side for Insurance Agents and lawyers.  Big Der also did the accounting for various businesses and friends.  And of course, Derry LOVED sports.  Loved Sports.  To say the least, he was a very strong fan of the Vikes and Twins.  The vast knowledge of sports from high school to professional levels was crazy!  He could have his TV on one event, the radio on a different sporting event and he would be checking other scores on his computer all at the same time.  He could talk to his friend Russ for hours on end about sports. Hours!

Derry was also deeply religious and had read the Bible cover to cover many times.  He has tablets of notes from these readings.  Derry never went to bed without praying.  Even during trying times, he would turn to his religion that was instilled in him from a very young age.