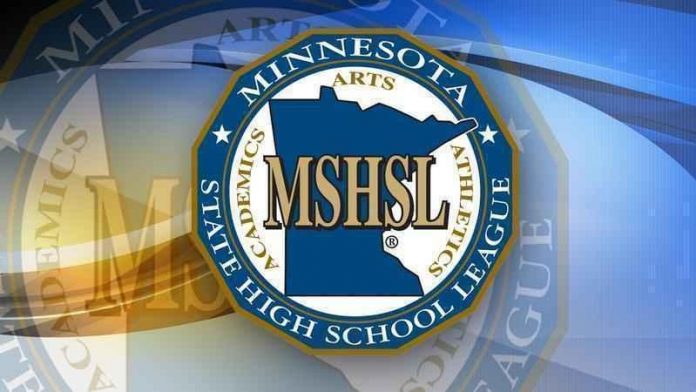 High school football and volleyball will be held this fall after all, the Minnesota State High School League (MSHSL) decided Monday.

In August, the two sports, which are the most popular high school sports in Minnesota based on participation, were moved to the spring because of COVID-19 concerns.

The MSHSL on Monday voted 15-3 to hold a six-game football season this fall, starting with practices the week of Sept. 28. The first games are scheduled for Oct. 9-10, with the season wrapping up by Nov. 28.

Two weeks at the end of the season will be reserved for regional/sectional competition. The format for it is expected to be determined at the MSHSL’s Oct. 1 board meeting.

MSHSL board members gave priority to letting players play this fall than it did on holding a traditional state tournament to determine a Prep Bowl champion.

Volleyball
Moving volleyball back to the fall season passed on a vote of 14-4, meaning the volleyball season will start Sept. 28. It will begin with 10 days of practice, followed by an 11-week season that features 14 dual competitions.

“Decisions made in early August continue to evolve and we continue to look forward and learn more about where that is,” said MSHSL Executive Director Erich Martens, who declined to provide a personal recommendation for football and volleyball.

Keeping volleyball in the fall eliminates the issue of students being forced to pick between playing for their high school team or their club team, but the late-starting season could create an issue for volleyball players who also play basketball. Those issues will be discussed when winter sports are on the agenda of the Oct. 1 MSHSL board meeting.

Dr. Bill Roberts, a profession at the University of Minnesota’s Department of Family Medicine and Community Health, who also serves as an advisor for the MSHSL, referenced a study from the University of Ohio State that focused on a potential link between COVID-19 and myocarditis, which is inflammation of the heart muscle. The study focused on 26 athletes, some of whom developed myocarditis.

“In this group of 26 there were several who had changes associated with myocarditis and this occurred in both symptomatic and asymptomatic athletes. The point is that even if they’re asymptomatic and test positive you can get changes in the heart muscle. It implies there is increased risk for sudden cardiac arrest,” said Dr. Roberts.

“From my perspective, that’s the biggest risk we’ll see with the kids coming together.”

The myocarditis study was co-authored by Dr. Curt Daniels, who told the Columbus Dispatch that the results of the study were misconstrued and that the study shouldn’t serve as a reason to cancel sports, but instead to help develop a plan to return to play safely.

Roberts noted that other viruses can cause myocarditis, too, including influenza.

Asked what mitigating measures could be employed to make football and volleyball safer, Roberts said players, coaches and staff should always wear masks when they’re not on the field or court playing, being outdoors whenever possible (especially if its windy), ensuring that airflow and circulation is good when indoors, and limiting group celebrations.

“I’m just not sure how you’ll be able to safely put people face to face breathing hard,” Roberts added.

Dawn Gillam, a Dassel-Cokato parent who represented the more than 19,000 people who joined the “Let Them Play MN” Facebook group, spoke at the outset of the meeting and said “We as parents want to assume all risk and responsibility for our kids.”

Gillam argued that “kids are not a concern of death or hospitalization due to COVID.” There has been one confirmed death for COVID-19 patients in Minnesota under the age of 20, and there have been no documented COVID-19 deaths for high school-aged kids, according to the Minnesota Department of Health (MDH).

“There are a number of kids who have come down with COVID-19 who are athletes, but we don’t know if that’s from their social activities or their sporting activities,” said Roberts.

However, a spokesperson from the health department told BMTN that the number of infections tied to MSHSL activities, as of Sept. 5, was definitely fewer than approximately 300.

Spectators for football games will remain at a maximum of 250 people separated from the playing field and the teams, and the 250 people includes any members of a pep band or event staff. For volleyball, fans are not allowed to attend current indoor high school events, so it’s likely that fans won’t be allowed inside school-hosted volleyball games. At non-school-hosted volleyball games, it’s possible that fans could be allowed, but no final decision has been made.