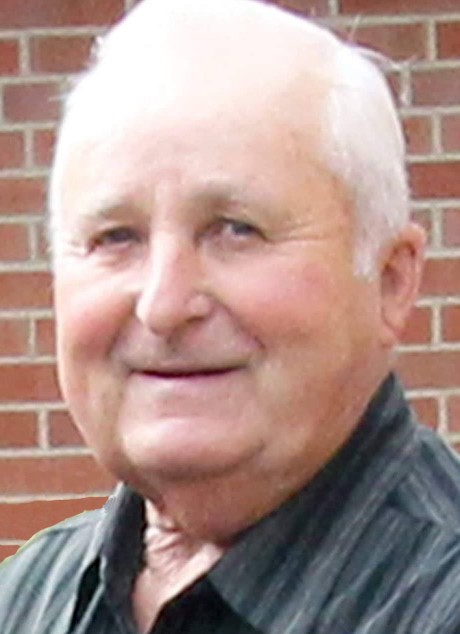 Services for Ronald Allen Kenyon will be at 11:00 a.m. on Monday, October 12, 2020, at Trinity Lutheran Church in Alberta, MN, with Brittany Rose officiating the service.

Burial will be at the Graceville Consolidated Cemetery in Graceville, MN, on Monday, October 12, 2020 at 12:30 p.m. with Minister Minette Stalheim Johnson officiating.

There will be a live stream of Ron’s service starting at 11:00 a.m. on Monday, October 12, 2020.  To view the service on the Pedersen Funeral Home website, scroll to the bottom of Ron’s page and click the link.

Ron was born in Brittton, SD, on March 15th, 1945 to Edmund and Wilma (Graham) Kenyon. Ron and his three siblings, Joyce, Arlene & Eddie, were raised by their mom after their Dad passed away when Ron was only 2. Wilma and the kids lived in several towns in Central MN before finally settling down just east of Morris. Ron attended Morris High School through the 10th grade until he needed to quit school to find a job in the feed mill at Morris Ag to help support his family. He later received his High School Diploma by completing his education in the Marine Corps.

Ron met his bride Cheryl (Anderson) in 1965. They enjoyed dancing, water skiing, going to movies and hanging out with friends. In 1967 Ron joined the Marine Corps where he proudly served his country for 4 years.  Ron and Cheryl were set to be wed on February 10th, 1968, and Ron tried getting out of marrying Cheryl by not making it home in time from the Vietnam War. Cheryl received word on the 9th that he wasn’t going to make it.  As you can imagine, Cheryl was not happy with him so for revenge (after they planned wedding number two on March 2nd), Cheryl shared her mumps with Ron as a wedding gift!  After recovering, Ron and Cheryl spent two years in North Carolina before returning to Morris where Ron began his 41 year career at the Steven County Highway Department. He may still be the longest employee they have ever had!!! The roads in the county have not been the same since his retirement. Ron and Cheryl were blessed with two daughters, Jody and Denise. Ron always said they were the reason for his gray hair, however he loved to brag about his girls to anyone who would listen. In 1988, Ron and Cheryl bought a farm outside of Alberta. This ignited another passion in Ronnie: farming. His two careers had to make way for two more family favorites…camping and fishing. Their home away from home had been Hobo Park for the past 25 years where they became part of another wonderful community of friends and made forever family memories.  Years later, when Craig and Doug asked for his girls’ hands in marriage, Ron was overjoyed because he finally had his boys.  Craig and Doug were blessed to have a father-in-law who taught them all he knew about the world and how to handle his girls.  Needless to say, those were some long lessons.  Speaking of children, he may have only had his two girls, but Mike, Ryan and Brittany were just like his own.

Ron loved nothing better than filling his boat up with family and guiding them all to the best fishing spots on the lake. The more fish they caught, the bigger his smile. Sitting around a campfire surrounded by his grandchildren and family were his favorite ways to spend his summer nights. He may have told a story or two in his day as well, and oftentimes more elaborate each time he shared them.

He was preceded in death by his parents; sisters: Joyce and Arlen; sister-in-law: Connie Kenyon; mother and father-in-law: Wally and Mary Anderson.