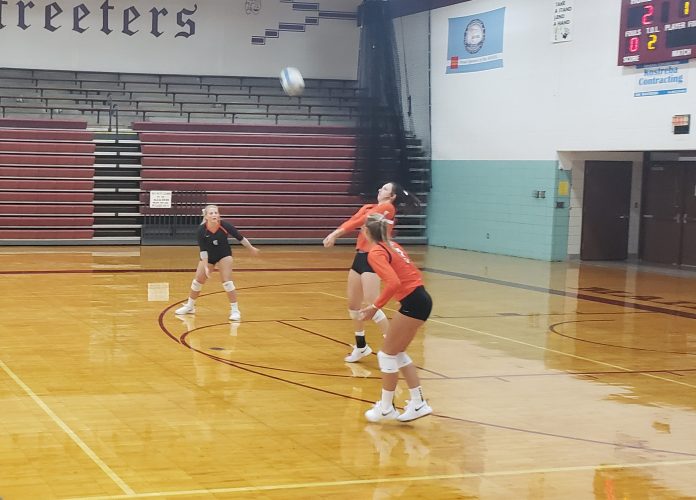 The Mainstreeters Brandon Kampsen and the Lakers Kierra Wilmes were individual champs, with Wilmes edging teammates Olivia Danielson and Lauren Ankeny who were second and third.

Morris Area/Chokio-Alberta’s Hailey Werk finished in fourth place, while the Tigers took fifth as a team. Melrose and Benson/KMS finished second and third.

Kaylie Raths finished 18th for the Tigers, Ana Backman and Isabel Fynboh were 20th and 21st.

As a team the Tiger boys were fifth, Melrose and Minnewaska were second and third.

The Tigers were battling from behind most of the night, with the Mainstreeters jumping out to early leads and fending off spurts by the Tigers.

Jenna Gapinski-Vogt led all players with 12 kills, Sara Kampsen, Claire Neubert and Jackie Middendorf each had six. Madeline Nelson had nine digs for the Streeters.

The Wolverines were led by Jessica Moberg with 11 kills, nine assists and nine digs.

The Chargers were led by Bailey Schaefer who had 19 kills and 11 digs. Korrie Randt racked up 39 assists with five aces, Makenna Pattrin had eight kills with six digs, Gretchen Bredberg added eight digs.