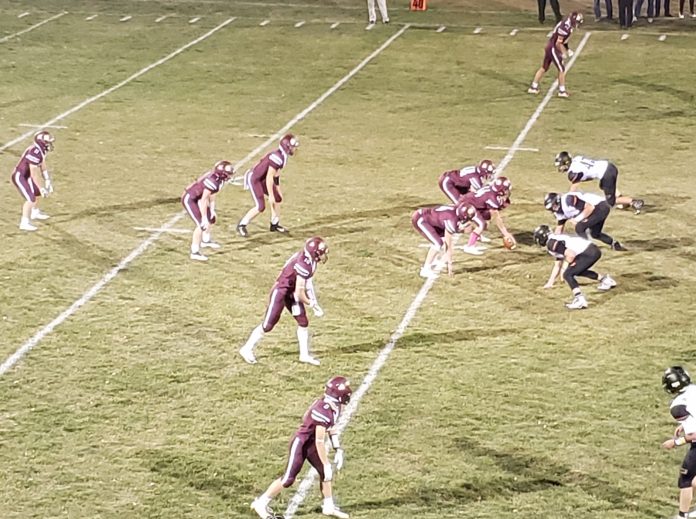 Morris Area/Chokio-Alberta 42, Minnewaska 6
MORRIS – Zach Bruns threw three touchdowns and ran for another in the Tigers 42-6 rout of Minnewaska in the season opener from Big Cat Stadium in Morris on Friday.

Bruns hit Kenny Soderberg three times in the second quarter for touchdowns of nine, 77, and 45 yards. He added a 44-yard touchdown run. The Tiger defense held the Lakers to 127 yards of total offense and got a pick-six from Toby Gonnerman.

Hancock 38, Ortonville 12
HANCOCK – Hancock opened up defense of their district and section titles with a convincing win over Ortonville 38-12 on Friday in Hancock.

The Owls were up 24-0 after one quarter, led by Luke Joos who caught one score and ran for another. Matt Thompson was on the receiving end of a picture perfect 26-yard score from Rohloff, and Brandon Kellenberger turned a short reception into a highlight reel 53-yard score after breaking four tackles.

Running clock in the second half was about the only thing to keep the Owls from piling on, with the Trojans scoring two fourth quarter touchdowns from Jacob Rademacher and Devan Boots.

Kellenberger finished with seven catches for 122 yard, Joos accounted for 97 total yards and two touchdowns. Defensively Thompson had seven tackles and a sack for the Owls, Adam Shaw added six tackles and a fumble recovery.

Boots threw for 152 yards, running for 63 more and score. for the Trojans.

The Wolverines capitalized on Nate Moberg’s interception with a one-yard QB sneak touchdown from Chuck Kleindl for a 6-0 lead.

After Chargers QB Kobe Reiland answered with a one-yard QB sneak touchdown of his own, the teams went into the break tied at six.

Early in the third quarter Kleindl hit Jakob Adelman for a 57-yard touchdown to give the Wolverines a 12-6 lead. Nate Moberg added a touchdown run gave CGB some breathing room at 20-6, and the defense took care of the rest.

Moberg ran for 76 yards on 18 carries for CGB. But defensively is where Moberg left his mark with 15 tackles and an inteception. Marshall Vold had seven tackles and a sack, Isaac Haanen had five tackles and 60 yards rushing.

Tyler Bitzan ran 18 times for 74 yards, with seven tackles on defense. Hunter Koep and Dylan Tracy each had six tackles.