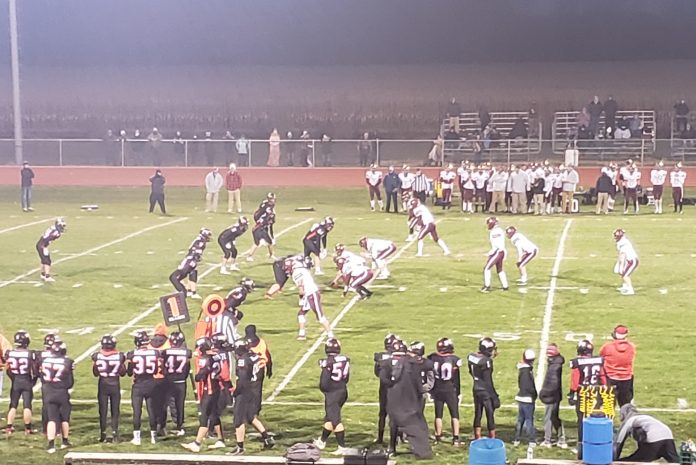 Preston Rohloff capped each of the Owls first two drives with a one-yard touchdown run. Rohloff then hit Brandon Kellenberger for an 89-yard scoring strike that gave Hancock a 22-0 lead after one quarter.

Matt Thompson hauled in two touchdowns receptions and Isaac Nienhaus added a 13-yard touchdown run to cap the scoring for the Owls.

Rohloff finished 15-28 for 331 yards passing and accounted for five touchdowns. Kellenberger had six catches for 198 yards.

Thompson racked up five tackles, a sack and a pass breakup, Toby Messner added four tackles and sack for the Owls who are 2-0.

Zach Braaten was 16-31 passing for 113 yards and a rushing touchdown. Connor Zych had five tackles and a sack as the Warriors fall to 0-2.

Following an interception by Kyle Schaffran, the Chargers cashed in again on Tyler Bitzan’s 21-yard touchdown run and B-E took a 14-0 lead into halftime.

The Bears fifth turnover of the game setup the Chargers final score, a 12-yard scoring run from Bitzan.