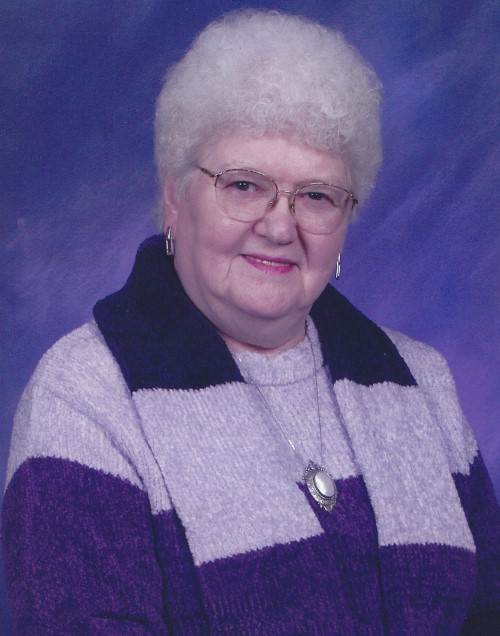 Funeral services for Florence (Tangen) Roos will be a private family service.

Burial will be at Immanuel Lutheran Cemetery, rural Starbuck, at a later date.

There will be a live stream of Florence’s service starting at 11:00 a.m. on Thursday, October 29, 2020, at the Starbuck V.F.W. as well as a link at Starbuck Funeral Home on the bottom of Florence’s page.

Florence Louise Herr, daughter of Wallace and Viola (Behm) Herr, was born February 14, 1933, in Atwater, MN. She was baptized and confirmed at St. John’s Lutheran church in Atwater. Florence lived with her parents on a farm until she graduated May 31, 1951.  Following her schooling, she worked at Skelly Filling Station. Florence was united in marriage to Russell Tangen on June 20, 1952.  The couple made their home on a farm near Starbuck.  Russell passed away May 15, 1984.  In 1985, Florence began working at the Starbuck school for a year and later was a cook at various cafes in Starbuck, Glenwood, Paynesville, Brooten, and Belgrade.  She also worked cleaning homes for people and the city hall in Belgrade. While working in Belgrade, Florence met Henry Roos and they were married May 8, 2004.  They enjoyed retirement together in Belgrade and later moved to Starbuck.  Henry passed away December 12, 2019.  Florence continued to live in Starbuck until the time of her death.

Florence was a member of Grace Lutheran Church in Belgrade, the Starbuck V.F.W. Auxiliary, and Ladies Aide.  She enjoyed sewing, quilting, crafts, and fishing.