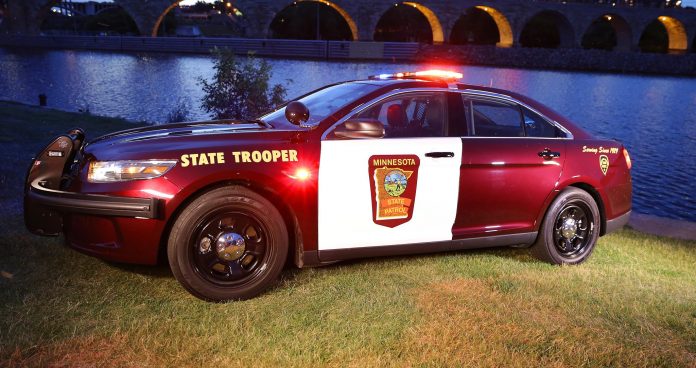 ST. JOSEPH, MN — Parts of Stearns county were on lockdown yesterday and it had nothing to do with COVID-19. Rather, law enforcement were searching for a possible gunman. Residents at and around St. John’s University in St. Joseph were asked to lock their doors and windows and the entire campus was put on lockdown. The suspect apparently fled after a state trooper stopped him for suspicion of DWI. After a preliminary breath test, the suspect assaulted the trooper and fled. A pursuit began on Interstate 94, with the suspect’s vehicle driving on four tires damaged by spike strips. After a vehicle pursuit, Wilson fled on foot near St. John’s. The State Patrol and sheriff’s office searched throughout the day with the help of K9 units, an unmanned aerial vehicle and State Patrol aviation resources. The State Patrol trooper who was assaulted suffered multiple fractures to his jaw which will require surgery, scheduled for Friday. No force was used when Wilson was finally taken into custody around 7pm Thursday night. Wilson was transported to a St. Cloud hospital for observation and will be booked into the Stearns County Jail when released.