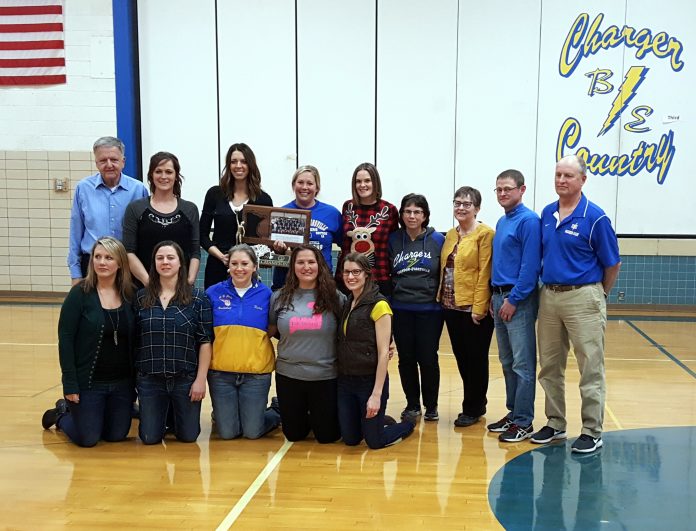 Brandon-Evansville Public Schools has created an Athletic Hall of Fame, and it will be starting the school year 2021-2022. This organization will be run by a committee of 7 members who have knowledge of Charger history dating back to the first full year of Brandon-Evansville athletics in 1990-1991. To find more information and the nomination form for the Charger Hall of Fame, please visit our school website at www.b-e.k12.mn.us and click on Activities & Athletics.

Nomination Process:
Nominations for consideration into the B-E Athletic Hall of Fame may be made by committee members or by public nominations. Applications for nomination will be available in the B-E High School Office or online through the B-E website.

Once nominated, nominees will be active for three (3) years. After three (3) years those not selected will be placed on an inactive list and be eligible for re-nomination.

All voting must be done by majority vote.

For more on the B-E Athletic Hall of Fame, listen to the interview AD Trent Hintermeister conducted with KMRS/KKOK: