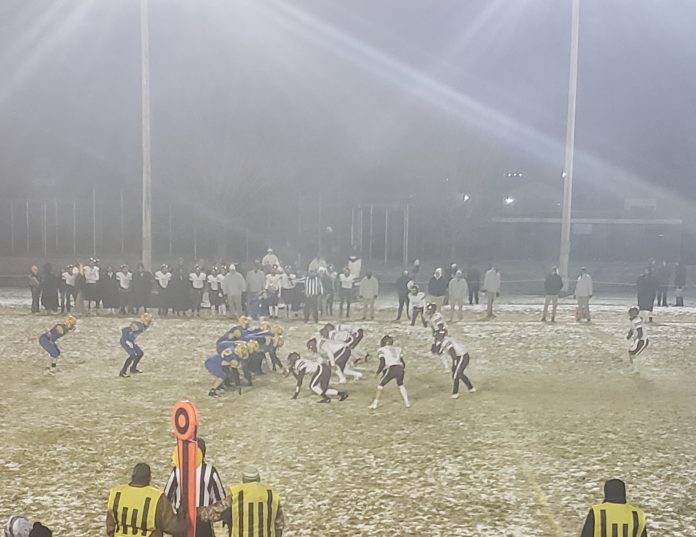 The fall sports season for high school athletics came to an end on Friday, Oct. 20th at midnight due to COVID-19 protocols put in place by Governor Tim Walz.

Still, plenty of area teams were able to earn conference titles or had plenty of individual milestones met throughout the shortened-season.

In the West Central Conference the Morris Area/Chokio-Alberta Tigers took fourth place with a conference record of 4-6, 5-7 overall.

Tigers senior setter LaRae Kramm reached her 1,000th career set assist on the final night of the season, when the Tigers lost a thrilling five-set match to Minnewaska Area.

Another highlight for the Tigers was being the only West Central Conference team in the past two years to defeat Sauk Centre, which they did in four-sets on Nov. 2nd.

The Lakers finished off a 6-5 season, 4-5 and third in conference. No official conference champion was announced, with Sauk Centre atop the standings but with just five conference matches played (4-1), Melrose is second with a 7-2 conference mark.

In the Pheasant Conference, again with the season being cut short no official conference champion was announced, but the Clinton-Graceville-Beardsley Wolverines looked well on their way to claiming their fourth consecutive title at 3-0 in conference play, 9-0 overall.

In nine matches the Wolverines dropped just two sets the entire season, and have now won 27 straight Pheasant Conference matches dating back to 2017.

The Hancock Owls continued their ascent toward the top of the conference and never got a shot at the Wolverines, going 2-0 in conference and 6-3 overall.

For the third straight year the Brandon-Evansville Chargers are the Little Eight Conference champions, completing a perfect conference 6-0 slate while going 9-3 overall.

The Chargers have been to the Little Eight as CGB is the Pheasant, with B-E winning 27 straight conference matches dating back to 2017.

Along with the team accomplishment, the Chargers had a pair of individual milestones met with senior hitter Bailey Schaefer recorded her 1,000th career kill, the first to do so in program history.

High School football came to an end with a flurry of section championship games across the state, including two in Stevens County just miles apart.

Morris Area/Chokio-Alberta capped off a 6-1 season by defeating Paynesville Area 45-26 for the section 5AA championship from Big Cat Stadium in Morris.

The Tigers were Co-Mid-State (Sub 2) District champions along with the BOLD Warriors, with each team 2-0 in district play.

The Tigers won their second section title since 2016 under Head Coach Kevin Pope by averaging 42 points per game, while only surrendering 23 a game.

South of Morris another dominant area team resided in Hancock, where the Owls ripped through the competition for back-to-back district and section titles.

Last year’s state runner-up looked poised for another deep playoff run to U.S. Bank Stadium but never got the chance. The Owls won the District 9-West (South) title by going 6-0 in district play, they clinched the section title outright with a dominant 54-18 victory over Ortonville in the season finale.

Verndale took second with a 7-1 record, their only loss came against the Owls.

After a slow start Wheaton/Herman-Norcross finished strong, winning three of their last four games, including a 48-0 playoff victory over Bertha-Hewitt.

Clinton-Graceville-Beardsley fought through a quarantine to finish off a 2-4 season with a heartbreaking 20-14 overtime loss to Ortonville in the section quarterfinals.

Brandon-Evansville went 3-3 and were gearing up for a home playoff game before their season came to an end with a two-week quarantine being implemented just before the postseason began.

West Central Area/Ashby finished off a district championship season with a record of 5-2. The Knights went 3-0 to take the District Midwest (Blue) title, while earning the no. 1 seed in the section 6AA playoffs.

The Knights beat no. 5 Staples-Motley in the section semifinals, but we never saw a matchup between them and no. 2 Osakis.

In section 6AA, Minnewaska Area earned the no. 3 seed with a 2-3 regular season record. The Lakers beat Melrose 35-19 in the section quarterfinals, but lost to New London-Spicer 26-7 for third place.