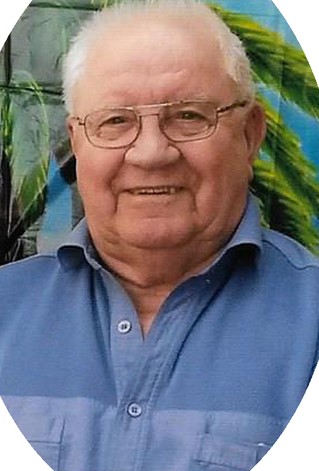 Burial will be in Appleton City Cemetery.

Orville Romane Swenson was born July 27, 1932, at home in Akron Township, Big Stone County, MN, the son of Olander Jerome and Luella Minnie Augusta (Perseke) Swenson.  He was baptized and confirmed at Immanuel Lutheran Church in Odessa, MN. Orville attended school in Odessa, Correll and graduated from Appleton High School, Class of 1950. While in high school he played baseball, which he greatly enjoyed.

Orville and Hilda farmed near Correll for many years. He farmed with his Dad, Ole. During the winter Orville would work for Piechowski Commercial Fishing. In 1970 the couple moved to Appleton where Orville did various jobs, working and retiring from the City of Appleton. After retiring, he worked at Vaala Funeral Home / Zniewski Funeral Home- Vaala Chapel and he delivered groceries for Don’s SuperValu. Orville was an avid lover of the outdoors; he especially enjoyed hunting and fishing with family. He played on various baseball leagues and was proud to be inducted into the Hall of Fame in Big Stone City. Orville also loved to bowl, going to tournaments and bowling on various teams throughout his life. He was very active in the Zion Lutheran Church and also was a member of the Appleton Fire Department.  Rarely did he miss a game of the Minnesota Vikings and Twins on the television or radio.  Orville enjoyed being with family…telephone conversations always ended with “I love you!” and visits ended with a great big hug!

Arrangements are with Zniewski Funeral Home –Vaala Chapel in Appleton