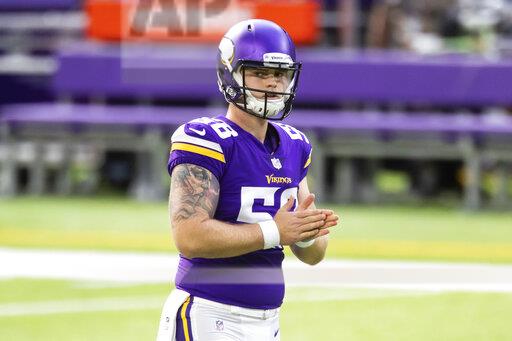 The Vikings waived long snapper Austin Cutting on Tuesday after he lost his job to Andrew DePaola. The team, though, hopes to re-sign Cutting to the practice squad, Chris Tomasson of the Pioneer Press reports.

Cutting first will have to clear waivers.

Minnesota also waived linebacker Hardy Nickerson, who started the season on the practice squad before the Vikings signed him to the 53-player roster on Sept. 22.

Cutting, a 2019 seventh-round pick out of Air Force, was inactive the past two games. He served as the team’s long snapper for the first 27 regular-season and playoff games of his career.