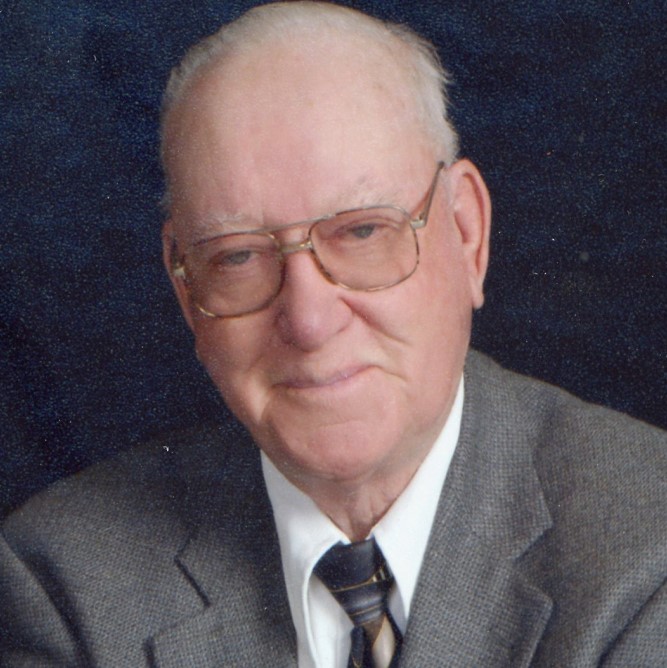 Funeral services for William Michael Maloney will be at 10:30 a.m. on Saturday, December 12, 2020, at Assumption Catholic Church in Morris, MN, with Father Todd Schneider celebrant.

Burial will be in Calvary Cemetery in Morris, MN.

There will be a live stream of Bill’s service starting at 10:30 a.m. Saturday, December 12th, 2020.  To view the service on the Pedersen Funeral Home website, scroll to the bottom of Bill’s page and click the link.

William “Bill” Michael Maloney, son of Mary (Hanrahan) and James Maloney was born on January 14, 1927, in Morris, MN. He was one of nine children. He was baptized at the Assumption Catholic Church in Morris on February 20, 1927. He attended country school in rural Morris through the 8th grade when he began to help his dad on the family farm.  Bill met his “Chief”, Darlene Faatz, in 1951 through mutual friends in Morris. A year later, following a rainy morning, the skies cleared for a beautiful day and Bill and Darlene were united in marriage on May 20, 1952. From this marriage, they welcomed seven children. The couple celebrated 68 years of marriage this past May. In 1956, Bill and Darlene moved onto their farm where Bill spent most of his life farming and raising livestock and grain. The farm life was his livelihood. After retiring from farming, Bill drove truck hauling gravel for Buz Tieman. He loved visiting with the customers and certainly enjoyed sharing the stories of those experiences with his family. Bill was a member of the Knights of Columbus, helped in developing and was a member of the National Farmers Organization, and was a lifelong member of the Assumption Catholic Church. His faith was strong and was very important to him. Despite being unable to get confirmed in his youth, he made it a priority for himself and was confirmed on May 5, 2016, at the age of 89, with that year’s confirmation class at the Assumption Catholic Church.

Bill was a simple, humble, gentle, and grateful man. He had an open door policy. Throughout the years, he welcomed many people into his home with generosity and was always willing to give where and when he could. It was important to him to extend his kindness to you through a handshake of anyone whom he greeted.  He could be heard saying “come visit sometime” and “are you hungry?” If you left Bill and Darlene’s home hungry, it was your own fault. Bill fulfilled his own sweet tooth cravings by particularly enjoying Hershey’s chocolate bars and ice cream.

Some of Bill’s favorite past times included dancing at the Glenwood ballroom with Darlene and three other couples…if the music was good, car rides and enjoying the scenery, coffee with the guys especially at McDonalds, watching RFD television, taking a great nap, and reminiscing about the old days.  He also found great joy in seeing his grandchildren and great grandchildren.