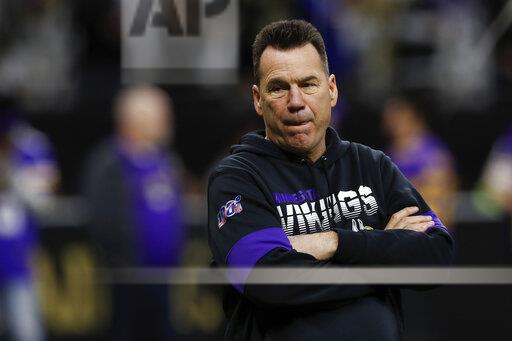 EAGAN – Per a source with knowledge of the situation, Vikings offensive coordinator Gary Kubiak plans to retire.

Stefanski became the coordinator late in the 2018 season, after John DeFilippo was fired during his first season on the job. Before that, Pat Shurmur held the job in 2017 and part of 2016, after Norv Turner resigned during the season.

Kubiak previously retired while coaching the Broncos, leaving a year after winning Super Bowl 50. He served as a senior personnel advisor with Denver in 2017 and 2018 before getting back into coaching. Before joining the Broncos, Kubiak served as head coach of the Texans from 2006 through 2013.

The Vikings will now need yet another offensive coordinator. Whether they will continue the run-centric Kubiak offense or pivot to an attack more premised on the pass remains to be seen.