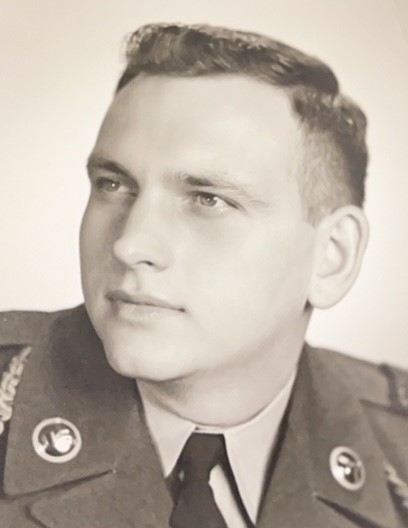 Funeral services for Leland Dean Swanson will be at 10:30 a.m. on Monday, January 18, 2021, at Faith Lutheran Church in Morris, MN, with Reverend Dell Sanderson officiating.

Burial will be in Summit Cemetery.

There will be a live stream of Lee’s service starting at 10:30 a.m. on Monday, January 18, 2021.  To view the service on the Pedersen Funeral Home website, scroll to the bottom of Lee’s page and click the link.

Leland Dean Swanson, was one of five children born to Alfred and Josephine (Harmer) Swanson on July 30, 1932 in Morris, MN.  At 13 pounds, Lee had a commanding presence that followed him the rest of his life.  He was raised on the family farm, north of Morris and was baptized and confirmed at Peace Lutheran Church.  Lee received his education through the 6th grade and then attended Morris Public Schools, beginning with the 8th grade – bypassing 7th grade all together, graduating with the class of 1949.  Following high school, he made the move out to California to be closer to his brothers.  Lee enlisted in the United States Army in 1955 where he proudly served for three years.  Upon his honorable discharge in 1958, Lee returned to California and managed a restaurant that his brother owned.  It was at that restaurant that he met and began dating, LaVerne West.  The couple were united in marriage on January 27, 1959, a ceremony with just the two of them, at the Little Chapel of White Stars in Las Vegas, Nevada.  In February of 1960, the couple moved back to the family farm near Morris to farm.  In 1966, they moved into their home on 6th street in Morris where they raised their children and lived for the next 50 plus years.  Once in Morris, Lee took a job working part-time for the post office, delivering Christmas packages.  That job went from part-time to full-time, retiring in 1993.  Just recently, Lee received his 50-year pin from the Letter Carrier’s Union.  In 2012, Lee and LaVerne moved to Benson to a home that accommodated them and was also across the street from their daughter!

Lee was a lifelong member of Faith Lutheran Church; he was very involved, even serving as the President of the Congregation several times.  He was a member of the Morris VFW, the Eagles, and the Sons of American Revolution.  Lee was very active in his community, serving on the council and as the Mayor of Morris.  After he was elected into those positions, Lee served on the League of Minnesota Cities, serving as President.  He had the natural ability to be a leader, and the capacity to bridge gaps between groups.  Lee was always informed and wasn’t afraid to argue both sides.  There is a fine line between stubborn and persevering, and Lee walked that line many times!  Lee was very interested in Politics. He enjoyed the local team’s sporting events and watching sports on television.  He and LaVerne spent many hours in their garden, she was a master gardener and he was the leader with a green thumb!

Lee was a fierce protector and loved his family.  Their home was a “safe place,” he was always willing to listen, and made many people feel welcomed and accepted, especially his children’s friends in their younger years; he was father figure to many.  After many years together and almost 62 years of marriage, LaVerne was privileged to spend her life with Lee and was proud of the life that the created together.  Lee was a gentle giant, he had lots of bluster but also very sweet and gentle.

He is preceded in death by his parents; grandson: Aaron Michael Swanson; four brothers; and four sisters-in-law.